Titanfall Will Have Monsters

Yes, the Monsters are Real

Yesterday, IGN posted early images of the Titanfall art book, and in this art book there were allegedly monsters. IGN reported that these monsters would walk or fly around the maps. Some may only engage you once you’ve fired upon them, and others will attack for purely looking at them.

IGN then raised such questions like could this be why the Titans were created in the first place?

I’ll admit I was extremely skeptical at first. This is like a dream come true for me. I didn’t think Titanfall could get any better, and it just did. I can in fact confirm that there are monsters in Titanfall. Earlier today, Respawn released the first pre-launch trailer for their game and in the final frame in the background of a map you see a behemoth of a thing looming in the background. 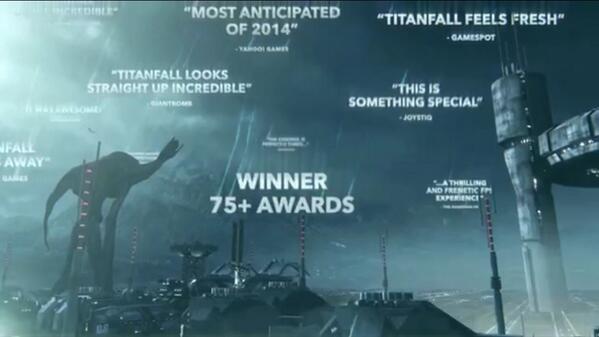 Check it out for yourself.

The Titanfall art book can preordered on Amazon it releases on February 25th. There is a limited edition with a different cover available for preorder also.

You can read IGN’s full take on what they unveiled from Titanfall’s art book.